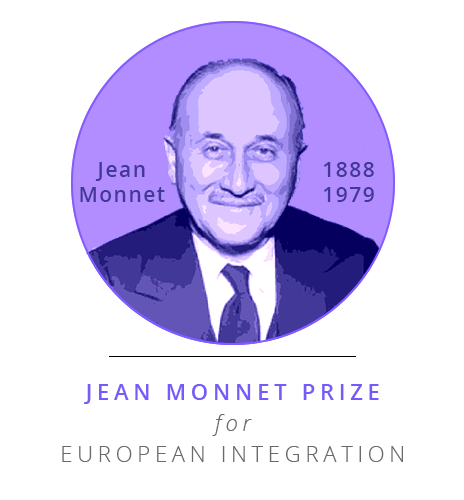 As you may know, the Jean Monnet Prize for European Integration honours Jean Monnet’s dedication to Europe by rewarding projects contributing to European integration. Where other prizes may reward public figures of high standing, we focus on concrete activities that impact the day-to-day life of European citizens. Our prize is a small-scale initiative and we are proud of this grassroots aspect.

In 2018, the Prize was awarded to the #FreeInterrail campaign for its promotion of youth mobility and which led to the DiscoverEU programme, benefiting tens of thousands of young Europeans. In 2019, it went to Zeit Online's Europe Talks project, bringing thousands of citizens together for debates ahead of the European elections. And in 2020, the Prize was awarded to Metropole, an Austrian periodical, for their effort to broadcast Vienna's immigrant communities.

Like several previous editions, the 2021 edition is organised under the patronage of the European Parliament and with the support of pro-European partners, including the College of Europe and Democracy International. This year, we have also reached out extensively with the Representations of the European Commission in order to set up similar cooperations. Our partners support the Prize by contributing to its visibility through social media posts and in their own network during the application period (9 September-9 October), and when the winner is announced, on 9 November. The prize money, as well as other expenses, remains entirely under our charge.

As we strive to ensure that Europeans from all Member States are made aware of the Prize, in order to give all EU citizens a fair chance to compete, we are now reaching out to you to support our outreach effort. This can be done 1) by displaying a notification about the Prize on your website, 2) by relaying our posts on Twitter, Facebook and LinkedIn, and by drafting your own social media messages (including on other platforms such as Instagram, should you have followers there), and 3) by including the Prize in your newsletters. Posts, mentions and reminders are always extremely useful, even as late as early October, since this is when most applications are actually sent. All this would provide tremendous support and further European institutions' support for our initiative, in line with the patronage we currently enjoy.

Overall, the main information for potential applicants is: The deadline for application: 9 October. The prize money: €1,500 for the winning project and the goal: promote European integration and the European spirit. [+]